What’s in a prank?

Actually, the tradition here is the “Día de los inocentes”, which is the 28th of December, coinciding with a church festival related to the mass assassination of children by King Herod upon learning of the birth of the future King of Kings. How the recognition of such a somber event became the April Fools prank-day of Spain is, like so many traditions, lost in the annals of history.

The day goes on just about the same as April Fools. Television stations include a fake news report that at first confuses, then entertains. Radios and newspapers join in the “fun”.

Perhaps the most unusual prankish tradition takes place in the town of Ibi, in Alicante. Spanish culture being closely tied to gastronomy, it is no surprise that the tradition is couched in foodstuffs.

On the day before, in the main square, a series of public speeches takes place, leaving no stone unturned in criticizing the local and national government. This is done in good humor, but as is often the case with humor, it involves legitimate reclamations of the townsfolk.

The next day, early in the morning, the town is overtaken by a small group of men, dressed in military outfits and with faces painted white. They wrench the scepter from the mayor’s hands and declare a new government that will bring justice. There is a battle in the town square involving the tossing about of white flour and eggs (some pranksters punch holes in the eggshells days earlier so that the eggs rot and smell badly when broken in this fight).

This group of soldiers, covered in flour and eggs (and from this breading, their name: Els Enfarinats) then move from business to business, measuring distances and weighing products with faulty rulers and made up weights, extracting fines from those owners whose products do not match the new, false standards set by Els Enfarinats. Those who do not pay the fines (the money later donated to charities) are punished with more flour and eggs. This food fight transforms into an open-air community lunch and later a series of traditional dances and finally ends with the Mayor’s scepter being returned to the legitimate leader of the town.

It’s hard sometimes to know if the information we are being given these days is real or just another prank. While the prank is accepted and laughed off on April Fools day, (we are the fools, fool me once, shame on you, fool me twice, shame on me?), what do we do when the information is false on, say the 14th of June? Or the 21st of August?

Google seems to have put a pause on its traditional April Fools antics this year, citing the importance of providing accurate information during the current global health situation. Some will salute Google for this act. And yet, even as I was reading that report, I wondered to myself if the news that Google planned on not pranking us this year was a prank in itself.

Probably one of the most insidious expressions to have become common in the past few years has been “fake news”. The person who claims credit for coining the term (though he did not do so) is probably the largest source of such “fake news”. Seems we can no longer count on the veracity of what we read, hear, even see.

Not being able to recognize what is real and what is fake means we’ve kind of lost the ability to identify the prank behind April Fools day. Without that ability, the pranks are no longer funny. Another tradition will have been transformed into a daily custom with its origins lost in those annals of history.

To lighten this up a bit, though, go look at any YouTube video of pranks from the American version of The Office. My favorite is between all of Dwight’s stuff stuck in the vending machine and the mysterious red wire coming out the back of his computer. On the other hand, Jim dressing up like Dwight or replacing himself with an Asian actor friend are pretty well up on my list. Enjoy!

(listen to this post over at "radio revel" now!) 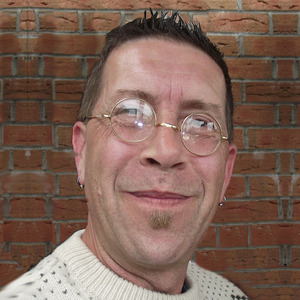