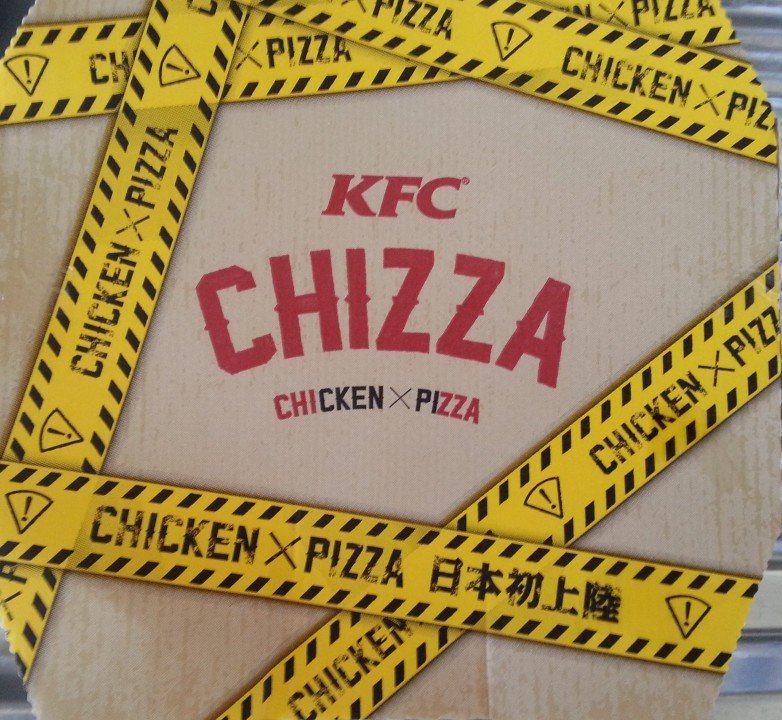 Japan has a major obsession with trying bold new foods and drinks.

This big news recently in America is the Fried Chicken Donut Sandwich by KFC.

Shocking foods are popular anywhere, but there are very popular in Japan.

The image at the top of this page is a Chizza (obviously a chicken/pizza hybrid). Of course, I had to try one while I lived in Japan. Here it is up close and personal. 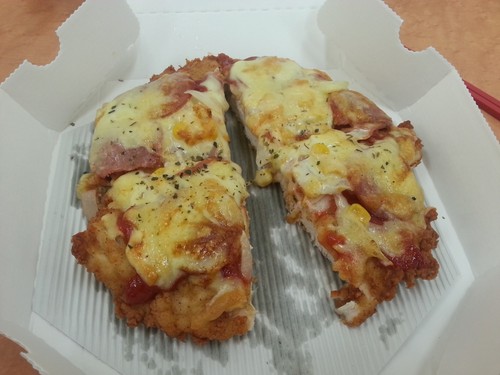 So why does shocking food work so well in Japan? Does it work with similar success in America? Allow me to explain.

Some of the ideas are really out there. A fried chicken donut sandwich is pretty strange. But...take a look at the picture below. 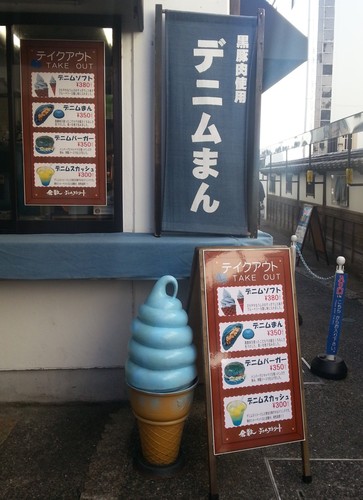 Blue is not a color that is received well in the culinary world; In Japan or... anywhere, really. People can forgive a lot of strange things and colors in their food, but blue is rarely one of them.

More importantly, the ice cream is blue because it is denim flavored. I actually didn't try this, so I have no idea what it actually tasted like.

Japan excels at making specialty foods in their towns and cities. Each prefecture and even city claims to have a specialty food or drink that no other town can rival.

Some of these foods are so nonsensical you simply have to try it so you can taste them yourself. You need to try them quickly though, because...

2. Longevity was Never a Part of the Plan

Japan really leans into fad foods that appear out of nowhere and disappear just as fast. When the seasons change, the Japanese want the seasons to be distinctly different from each other.

They rarely bring back popular items.

America is different. We count on our Shamrock shakes and McRibs every year. McDonald's is always trying to find the next big seasonal food hit, but until then, everything feels like a prototype.

In Japan, Coca-cola seems to come out with a new flavor every season. I've had Coke Lemon, Coke Peach, Coke Lime, and Coke Clear. All of them mostly forgettable, with the exception of Coke Lemon, which was a little refreshing. By no means did I even try all of the flavors I could have.

A big brand will always have it's ol' reliable on standby for regularity. When people want to be adventurous, these wacky flavors are hanging around. Strawberry shortcake flavored potato chips? Been there. Curry-flavored soda? Done that. What does Ghost Pepsi taste like? It mostly tastes like ghosts, or what I ascertain a ghost would taste like.

America does this too, but since Japan is a small country geographically, they can run the campaign for as little as two weeks and still get great sales. Everyone starts talking about the new flavor and before you know it, it's just another piece of history. They typically don't last long, so people are pressured to buy now and try it before it's gone.

3. They sell well - or well enough to continue these crazy stunts

Musk melon cider, cherry blossom cola, and other fad drinks might not make millions of dollars, but they exist because they can make money. You won't see banana-flavored soda at a restaurant alongside Fanta and Pepsi, but you might stumble upon them in a convenience store or supermarket. 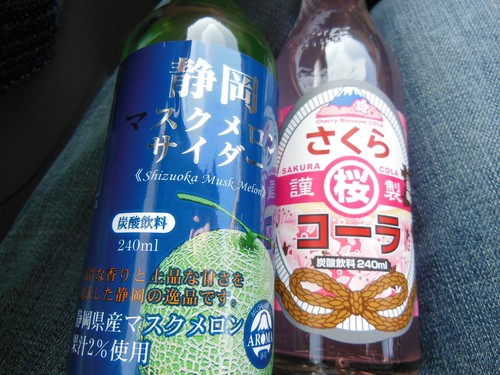 There is an appeal to these short-lived fad items. Typically they are paired with a campaign for a franchise for die-hard fans. You weren't a real Gudetama fan unless you went to McDonald's and got the Gudetama McFlurry.

Gudetama is a lazy egg, so naturally, the McFlurry was filled with a creamy yellow substance I couldn't identify and some yellow cake. It was delightful. It didn't hurt the bottom line for McDonald's to add some chunks of spongecake into their desserts. They still served their standard lineup of McFlurries. Gudetama wins. McDonalds wins. I lose, because I ate several McFlurries and had a lot of calories. 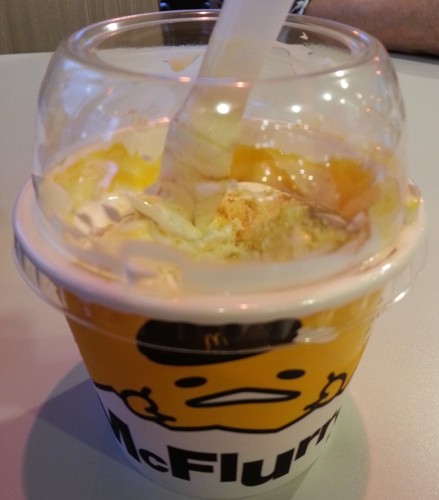 As with anything, some people love it, and some people hate it. You move on with your life.

America is still catching on to this kind of marketing in small ways. Often foods are placed in "test markets" before they hit nationwide. With the current trend of meatless burgers, you may have heard of impossible burgers being served at restaurants in only certain areas. Have you eaten a “meatless hamburger” before? I still haven’t.

Honestly, the demographics and size of the audience are so vastly different between Japan and America that they will likely never share marketing strategies. Every once in a while, a company will get bold, and do something completely insane. It may be for a shallow cash-grab, or it may be for a genuine passion for the product, but either way...

Just don't tweet about your crazy experience eating a Fried Chicken Donut Sandwich - that's exactly what they want you to do. 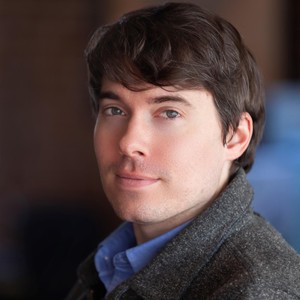